Movie World Cars of the Stars.

Jim Brucker had one of the biggest parking problems in Hollywood. As the owner-operator of Oxnard's Movieland Cars of the Stars and Picture Car’ Company in Los Angeles, he had one of the largest privately owned collections of antique, classic, vintage and just plain cars in the world. 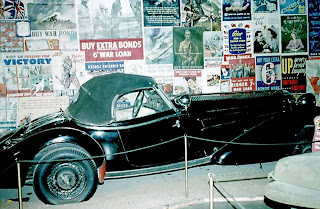 Jim Brucker, a former farmer, collected cars for fun, 700 of them, and rented them to moviemakers. Brucker and his son, Jimmy, opened Movieworld: Cars of the Stars and the Planes of Fame Museum in Buena Park in 1970. 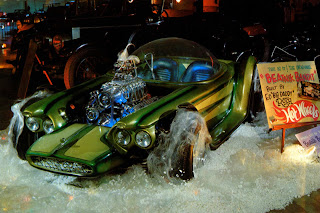 Built by Ed “Big Daddy” Roth, the Beatnik Bandit is one of the most recognized custom show cars of its time, built on a 1955 Oldsmobile chassis, and powered by an Olds engine. The car was built from fiberglass and had twin Ford carburetors. The car had Joy-stick steering control, a feature under the Bandit's custom bubble top. 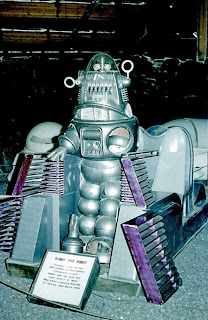 Besides movie ' cars, Brucker featured motion picture props, posters and other mementos of the early years of films in Hollywood. It seems everyone has a Hollywood Museum.

Posted by Early Amusement Parks Of Orange County at 8:04 PM