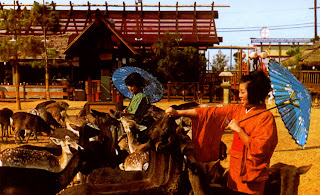 Most deer at Japanese Village & Deer Park were sika deer, considered "divine messengers" by Japanese. Sika deer are found in several regions in East Asia and were native to Japan. Other species of deer at the park were English fallow and Indian axis deer. 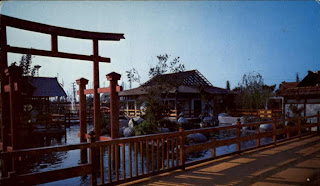 The deer park had many pools throughout its gardens. In the background here, it’s evident that the Nabisco factory was very near to the deer park. 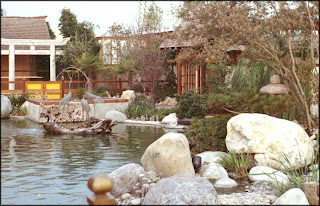 Japanese Village was landscaped in a traditional Japanese method with serene Koto Music, through hidden speakers and bamboo rustles in the breeze as you proceeded down the landscaped walks.
Posted by Early Amusement Parks Of Orange County at 10:13 AM