More of Movie World Cars of the Stars. 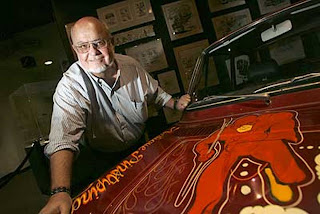 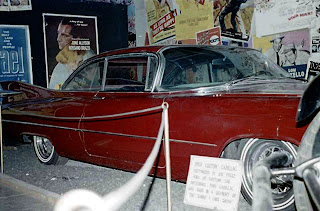 The daylight hours were spent wrenching and bolting; the evenings they were poring over parts catalogues. On the weekends the salvage yards were their targets where hidden radiator caps, fenders and highlights of a bygone era were theirs for the finding and a few dollars depending on how diplomatic their price-haggling. 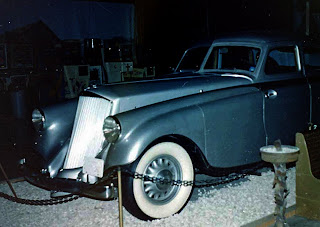 The Brucker collection got a heavy boost when Twentieth Century Fox reorganized their studio and decided to sell some 30 antique cars. The Bruckers bought the entire collection. 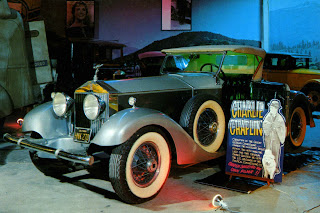 The collection had provided props for television's "My Three Sons'' and Happy Days and several other series. Not only were the cars used by Hollywood's stars, but cars of former film idols that would dot the Brucker collection. A Rolls Royce, vintage: 29, once the prized property of Charlie Chaplin was parked five stalls down from Spitfire autos owned by Norma Talmadge and Daryl Zanuck.Pictured here is Charlie Chaplain's car.
Posted by Early Amusement Parks Of Orange County at 8:44 PM