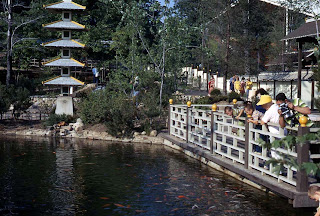 The deer park had many pools throughout its gardens. 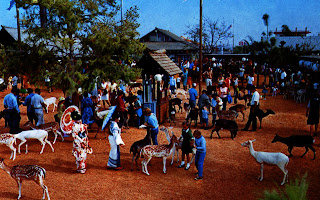 More than 200 tame deer gaze in sloe-eyed wonderment and nuzzle your hand for a cracker. In their native land the little animals are considered to be Messengers of the gods .Nobody disputes their being ambassadors of goodwill. 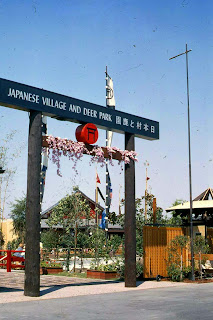 Allen Parkinson cross-promoted both of his attractions. On the front side he promoted his and , and on the reverse side it was .
Posted by Early Amusement Parks Of Orange County at 6:27 AM