2,500 seat Sea Arena, which was built around one section of the Japanese Village inland Sea. The sea-waterway was said to be the largest inland artificial body of salt water in the world, requiring 150 tons of salt. (The two million gallons of processed salt water in the waterway are recirculated through complex sand filters by giant turbines every four hours.) 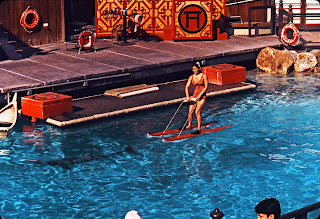 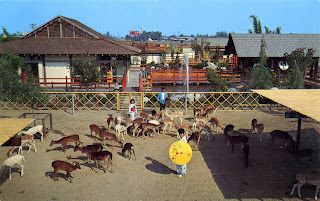 More than 300 deer imported from Nara — inhabit the park. Confined to a large holding pen ringed by other attractions, visitors are welcome to feed the deer with special crackers purchased from coin operated machines. 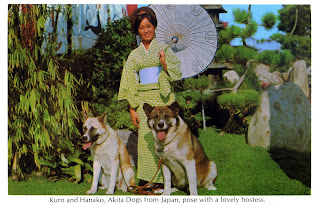 Two Akita dogs, a breed once used to guard; the Japanese Imperial Palace.
Posted by Early Amusement Parks Of Orange County at 1:16 PM