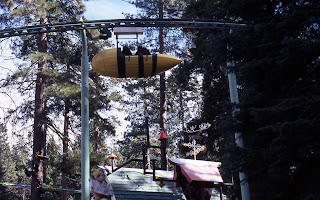 Park creator Glenn Holland insisted that theme presentation was important. Numerous static displays were in the park. Buildings and grounds were decorated with elaborate details. Even money never exchanged hands as a small passport ticket was used to keep track of the guest’s expenses. The passport would be checked out at the end of the visit in the exit shop. Children’s belief in the myth was paramount 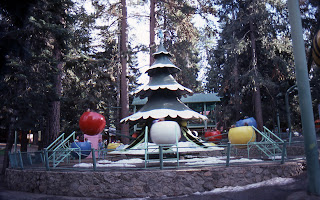 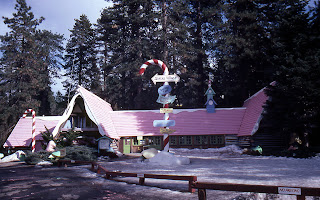 Glenn Holland built Santa's Village in 1955 in Lake Arrowhead Glenn Holland who introduced us to his fairyland world Holland was 39-year-old former advertising agency executive.
Posted by Early Amusement Parks Of Orange County at 6:43 AM