Below is a model-community of the future in "Progress City,on the second floor of the Carousel of Progress" presented by General Electric. 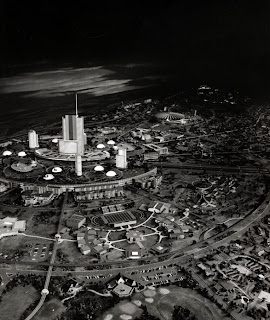 Theater was a two-level structure. On the lower level, an outer ring consisting of six theaters revolved around a core of stationary stages. The theaters made one sixth of a revolution after each act of the show. 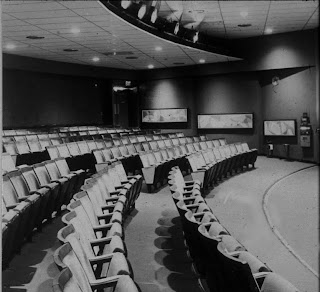 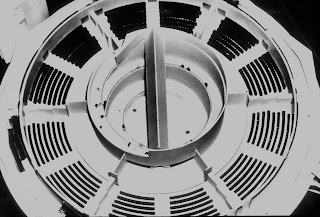 "Carousel of Progress" where six theaters revolve around a hub of stages as "Audio-Animatronics" families enact the drama of electricity's contributions to better living.
Posted by Early Amusement Parks Of Orange County at 6:26 AM